What is the secret of thriving teams? In Business and in Sports. 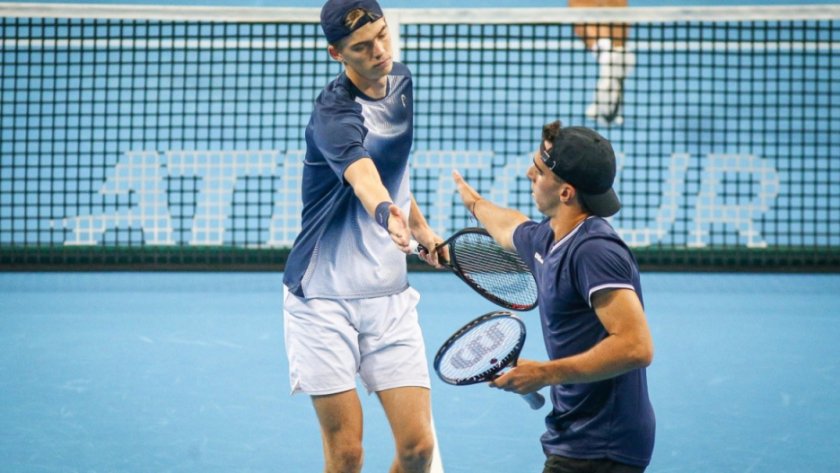 Autumn arrived recently not only with its brightly tinted trees, which have always brought me joy, admiration and serenity, but with the excitement of the ATP Sofia Open Tennis Tournament. This is the biggest annual sporting event my country has been hosting now for seven years.

This year we had the opportunity to prepare a young Bulgarian doubles team, for their debut in our world class ATP Tour tournament. We planned two kinds of preparation – tennis and mental. It is undoubtedly groundbreaking in tennis for a doubles team to be working on a mental level. Curious as I am, I wanted to help, and endeavour to translate my experience from coaching leadership teams, in which the environment and challenges are quite different to a doubles team in tennis.

With limited time available for a team coaching session prior to Sofia Open, I felt like I needed to maximize it in order that we help set up the team on a pathway to success. What would success for a young doubles team look like? It would be to make a breakthrough at tour level, at the very beginning of their professional tennis career. Only teenagers, and no longer playing in Juniors, they were just facing the reality of what the real professional tennis world looks like. I will not lie, it’s challenging!

For me the topic of flow and effortless high performance has always been the one I am deeply interested in. In my doctoral thesis, I call the space where we perform at our best and with ease ‘The Thrive Space’.

My intuition was leading me to make it simple and for us all to reflect in a safe space, where the tennis coach/mentor is also present at the session. Setting the stage with simple ground rules, we all agreed on them and dived into the experience.

Let me explain that this is not only a young team in terms of age and experience, but also in terms of playing and working together as a team. Having played just two matches together prior to their Sofia Open 2022 debut, naturally I wanted first to tap into any successful experiences the team may have had, allowing them the space to extract as much as they could from their previous experience.

To my pleasant surprise, when asked what worked really well for them as a team, they started with trust. We all know that trust is the foundational element of a thriving team, but having now spent more than two years coaching professional tennis players, I was aware their focus usually goes first on tennis details. Encouraged, we spent considerable time diving deeper into what are the key ingredients for success, until we felt that’s it and were ready to move forward. So, having identified what their purpose and vision for success were, thereby knowing what the success pattern for their team was, we could now allow ourselves to gently explore what was not yet working well for them as a team.  I noticed how much honesty was present, and how relaxed the boys were in speaking about the inner work they need to commit to in order that they could thrive as a team. The missing elements for them were patience and trusting the process, which are interconnected. It is so normal in a sports environment to strive to  ‘win’. However, the more one strives to win, the more one loses control in the most critical moments (deciding points, set points, match points, which it tennis parlance are called the ‘big points’), because our energy becomes heavy and unsettled. Tennis is like a miniature slice of life. The difference is that everything changes so quickly and one ‘wrong’ step as a result of an unsettled mind can affect the end result.  That’s why the ability to be acutely aware of how your inner energy is affecting your tennis performance is critical. Further, when it’s a team at work, the responsibility of being focused and managing the team energy is even bigger.

What really resonated for the boys was the team set up (design) and the team strategy for success. It is usually the tennis coach(s) that sets them up as a team. Ideally, the tennis coach needs to be observant to know intimately well the strengths of each player and to set them up to thrive on court by tapping into their strengths in complementary tennis roles. Equally important is energetic complementarity (excess vs insufficiency of inner energy, name it, temperament). The outcome of the session was that our players matched up extremely well both in tennis and in energy domains.

According to Ruth Wageman and Richard Hackman, there are 6 conditions for team Effectiveness, based on decades of research. The 6 conditions model is the best validated model for predicting performance in real world teams. There are 3 essential factors and 3 enabling factors. The 3 essential factors are right people, real team and compelling purpose. The 3 enabling factors are sound structure, team coaching and supportive context. Bearing in mind these factors and the “60-30-10 Rule.”, and with a tight timeline, we focused on the 60!

So, what is the 60? Prework. Our main task was creating a great team design, and accolades for this to my partner, Paul McNamee, who has the talent to pick the subtleties and identify tennis potential strengths in each player so that they have the optimal set up to be thriving on court as a team. Interestingly, Paul is acutely aware that an individual player’s role in a team will vary, depending on their partner. Not coincidentally, not only in the team coaching literature, but in Paul’s book “Welcome to the Dance”, he stresses the huge importance of prework focused on setting up the team for success.

“You can set up to maximize your strengths and eliminate your weaknesses – almost entirely. It’s highly strategic, and I dare to say over 50 per cent of anyone’s success in doubles is based on choice of partner and your setup. All that happens BEFORE you even take the court.” McNamee, P. (2021, p.114)

So, having done that groundwork from a tennis setup perspective, and enabling the team through team coaching to consciously approach their performance, we believe we gave them a solid foundation to succeed as a team.

The boys made their debut on Centre Court, a big stage which can be daunting, and won their opening match at Sofia Open. In the second round, they were very competitive against the #2 seeds, both ranked in the top 35 in the world, and who went on to win the tournament. The following week, they reached their first ever final, at a lower level ITF Futures tournament, which is another breakthrough. This brought us all so much joy, giving lots of confidence to the team, as well as the motivation to continue playing together in the future and, who knows, even breaking through on a big stage at a Grand Slam.

Teamwork brings complexity, because of the alignment work that needs to be done so that it works as a seamless whole. Performed well, it carries us on the wings of joy.